EA Technologies, which designs, installs and manages high-technology infrastructure across Africa, unveiled its plans to establish twenty utility grade community solar farms, in strategic locations around the country; and announced it has signed a contract worth over $250 million for Noble Savrano to act as the general project manager.

The parties are expected to mobilize to site by June 2020, and for all sites to be operational by end of 2021.

Each site will be on the border of a burgeoning metropolis and a rural community. The common features will be a 5MW to 20MW solar farm.

“Energy from the solar farm will feed directly into an electricity substation and be directed from there to our primary target markets,” Mr. Obioma Ndubuisi, Director if Operations, explained.

”The excess can be diverted to the grid to help cover peak electricity needs in the region.”

In total, the 20 MW solar farm will generate enough green power to supply 6,800 modern African homes, will create over 1,000 local jobs for the area during the construction of the project, and will catalyze the development of an inland port along the rural waterways.

These projects, once operational, will have a projected combined output of just under 400 MW, by the end of 2021. This is enough to power over 130,000 modern African homes or give 1.1 million people in remote communities, access to sustainable energy.

In addition, EA Tech is giving assurances that each one of the new-tech solar farms will reduce carbon emissions by approximately 0.7 tons of C02 for every 1MWh of diesel power replaced; that’s a total reduction of about 448,000 tons of CO2 emissions per year, while reducing power costs for the consumers by USD 128 million a year.

The total project is expected to cost about USD 700 million, and Mr. Iroku hopes it will attract an additional $200 million in other infrastructure investment by other local or foreign developers.

About Noble Savrano: “Noble Sovrano Ltd is an infrastructure development company. We are involved in planning, designing, construction, finance and management of infrastructure development. We take on the biggest issues that affect us all, road, water, transportation, Energy and the need for places to live and work. We are proud of our ability to create and deliver good solutions to our clients whether in construction, engineering consulting, real estate, transportation, energy and many more.

We are committed to offering turnkey services over an entire spectrum of projects (i.e. Civil structures, building construction, roads and highways construction, residential, commercial, industrial construction and services etc.) However, excellence in service remains the major driving force of the firm in whatever area of endeavor we are called upon to offer our services.” 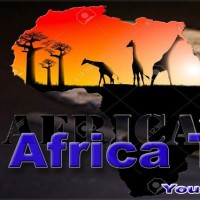 Watts Up With That?

The world's most viewed site on global warming and climate change

Random musings about everything.

YOUR VOICE TO THE NATIONS

The Latest fact-based News from afrika-times.com News from all across African continent

your one stop for all news Africa